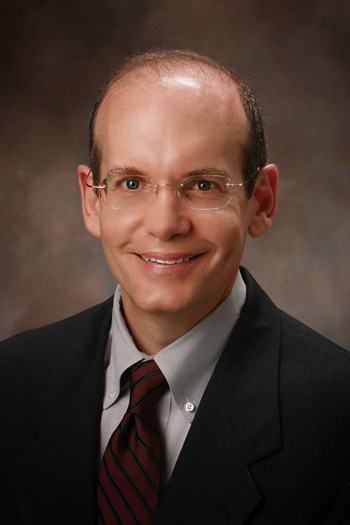 While rotating through various specialties during his medical training, Dr. Michael Simmons became fascinated with head and neck anatomy.

“It’s some of the most complicated anatomy, and yet it’s all in plain sight,” he says. It also involves the full spectrum of patients—from babies to senior citizens.

Choosing otolaryngology—or ear, nose and throat medicine—was a step in the journey for a boy growing up in the suburbs of New Orleans who liked science.

By the time his advanced training was over in 1996, Dr. Simmons and his wife, Mary, also a physician, were ready to head north for more seasonal weather. Their search for a family-friendly community brought them to central Missouri.

Dr. Simmons spends much of his time on the most common ENT procedures—tonsillectomies, ear tube placements for children and nasal and sinus surgery.

Advances in treating hearing impairments have enabled him to offer another option to people for whom other treatments fail. The Baha, a hearing device implanted in the skull behind the ear, is used for single-sided deafness or in other cases that can’t benefit from conventional hearing aids.

“People love them. They’ve not been able to use anything before this, because traditional hearing aids weren’t working for them,” he says.

A day away from patient care will find Dr. Simmons with Mary and their two children. He also enjoys playing golf, working around the yard and renovating parts of the house. “I have a few tools,” he says with a laugh.

American Board of Otolaryngology