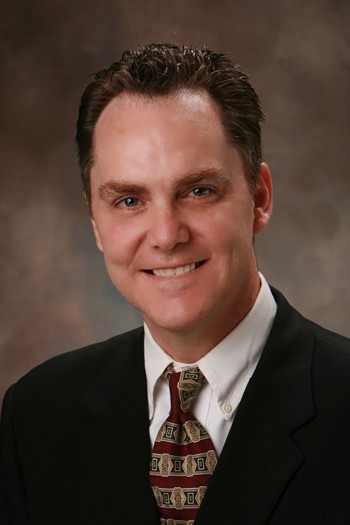 His wife says he’s a kid at heart, and that may be why Dr. Douglas Howland, an ear, nose and throat specialist, enjoys his younger patients so much.

Still, patients of all ages benefit from Dr. Howland’s expertise. After medical school at the Oklahoma State College of Osteopathic Medicine, he completed a residency in Otolaryngology-Head and Neck Surgery at Des Peres Hospital in St. Louis.

Then, he and his wife, Krisi, searched for a place to settle that was between her hometown of St. Louis and his hometown of Topeka. Jefferson City fit the bill. “We thought this was a nice midway point between our families,” he says.

It’s now the third state capital where he’s lived. (The second was Oklahoma City, where he lived while attending college to become a physical therapist, prior to medical school.)

They moved to Jefferson City in 2003 as Dr. Howland joined Dr. Michael Simmons at Mid-Missouri Ear, Nose and Throat. In 2012, their practice merged with JCMG — a move that he says enables him to spend more time in direct patient care and less time on business matters.

Dr. Howland and his wife have two children, now more than halfway to adulthood. While he misses watching those early growing years, he says, he still has the opportunity to enjoy that time with his patients.

He calls himself a “big animal lover,” and the family has two dogs, two cats and a horse.

When he can get away, Dr. Howland travels to watch his daughter perform in competitive ice skating events. She trains in St. Louis and competes around the country.

At other times, Dr. Howland can be found reading or playing guitar. “I like so many different styles of music — rock, country, jazz, big band. The old orchestra band music is always fun.” He has also played in a church praise band. 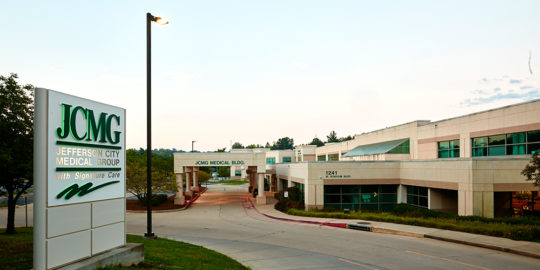